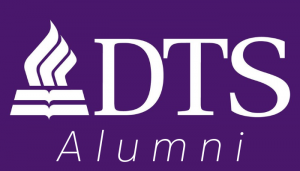 What do dates have to do with the gospel?

Kevin (MACM, 2010) and Chelle (MACE, 2012) live and work in the Sahara Desert of North Africa. They have three daughters all under the age of ten. After spending four years living along the coast in the north of their country, learning the language, and asking God to lead people into the south and interior of their country, God asked them to move south. While on a trip teaching English in the desert, they learned about how the local economy was dependent upon dates. Kevin and Chelle learned that the produce was wonderful, but that the local economy was really struggling—the crop only supported seasonal work. On top of that, 20-40% of these dates are thrown away because of visual blemishes. They began to wonder if they could find a way to create a business that utilized these “throw-away” dates and could employ people in all four seasons. This would give them unprecedented access to the region in a way that truly brought spiritual and physical blessing.

By God’s grace, they learned about date sugar. Date sugar is dried and ground up dates, used as an all-natural sweetener. It’s packed with nutrition, has a low GI (glycemic index), and is 100% natural. For three years, they have been using the natural resources (the visually blemished dates) available in their country to make a product (www.purdate.com) that supports the local economy. Not only is it good for consumers, it is good for everyone else in the supply chain. Their company’s mission is to “Make Lives Sweeter!”

As a result of Purdate, Kevin and Chelle live in a town that has had no foreigners or Christians living in it for the past 1,500 years! (Think fall of the Roman Empire). Their business is built on biblical core values, and all their employees, vendors, suppliers know that they are Christians who are there to glorify God in all they do. They teach biblical concepts by explaining their company’s core values and in many natural conversations. They are also positioned to teach and to share with others completely unconnected to the business who want to learn.

Before they arrived, the closest believers were several hours away and could only periodically visit. As Kevin and Chelle seek to share the good news of Jesus with people that have never heard it, they throve to be seen as messengers of “good.” One would expect good news from people that bring “good.” If they merely lived here, attempting to share their faith but with no other connection or purpose, they would be seen as strange outsiders bringing an outside message. They have been shocked by the number of people who tell them things like, “It is good that you are here with us.” This gives them the position that when they share the good news, it can be seen as good news and not as outside propaganda.

It is impossible for them to think of DTS without remembering how Kevin and Chelle met at seminary. Kevin’s last year was Chelle’s first year, and they met at the mailboxes in the old Walvoord Center. Chelle was trying to get her mailbox open and couldn’t, so Kevin helped her. (“Anybody that remembers those mailboxes can relate to this story!”).

They rely on the training they received at DTS in so many ways. While they aren’t preaching or teaching in the Western traditional sense each week, they are living among people who have never heard the gospel. They must think critically about everything that they do, especially family and business decisions, in light of what the Bible teaches. This allows them to walk with Jesus daily in a place without churches. Purdate has opened many doors for them to share the good news with friends, neighbors, and coworkers who do not have this hope.