Why would anyone willingly jump aboard a sinking ship?

That question faced John Standard as he joined staff at Springfield Bible Church in 1983—right as the church was disbanding. Not only was John jumping aboard; he was jumping with his wife and newborn child. Why?

If you asked John Standard, his answer would probably be “Springfield, Illinois.”

John grew up in Springfield. As a child, he attended a Methodist church and thought that if his good deeds outweighed his bad, he might be able to sneak into heaven through the back door.

Religion was not weighing heavily on his mind as he entered college; he was far more interested in having fun. John attended Louisiana State University on a swimming scholarship and majored in Business. While attending, a friend invited John to visit an on-campus church, The Chapel on the Campus. There, he heard the gospel for the first time. The message changed the way that John looked at the world; he gave his life to Christ. It was also at The Chapel on the Campus that John met his future wife, Gracey.

As John and Gracey neared graduation, John applied for law school and requested a recommendation from Donald Tabb, the founding pastor of The Chapel on the Campus. Instead of a recommendation, he gave some advice—go to Dallas Theological Seminary instead. John responded to the call. In 1983, John graduated from DTS with his Masters of Theology.

Why, then, did John join a disbanding church? The answer is Springfield. After his conversion, John knew he had to return home and share the gospel with his friends and community. The message was too important to keep to himself.

The Lord was faithful. The disbanding church renewed her strength, and Springfield Bible Church began to grow. John has served as pastor of the church for over 35 years and has built a great multi-cultural and multi-national body of believers. He had modeled faithfulness to his family and to the surrounding community. 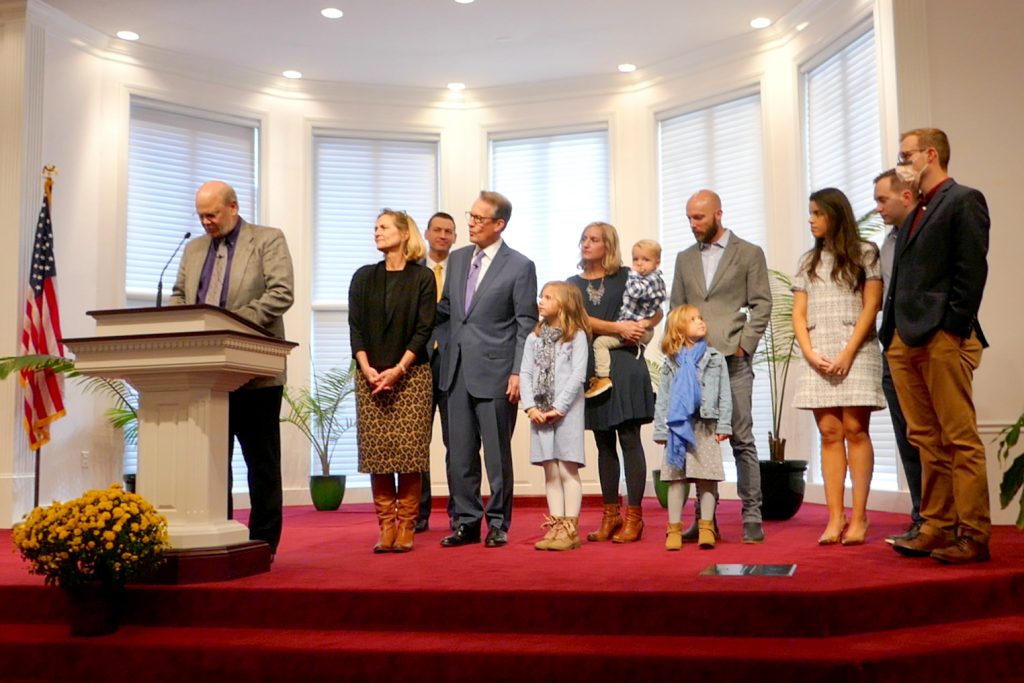 When someone lives a faithful life for the Lord, the result is clear. Jace Cloud (ThM, 2011) knows John in a unique way; Jace is John’s son-in-law. Jace recounts that “after spending even a short time with John, anyone would notice that his commitment to Scripture is solid. Not only does he know the Word intellectually, but he models it in his life. He faithfully exposits the Word week after week. He speaks the Word at home, he counsels through the Word, and he loves by the Word. In today’s culture where far-too-many ‘high profile’ leaders are being exposed for secret sin, John models genuine faithfulness to Christ.”

Paul D. Eastvold, a fellow elder at Springfield Bible Church, recommended John Standard for his commitment to those in his congregation and faithfulness to Christ. John “is extremely dedicated to the welfare of the people in the congregation, visiting the sick, homebound, and offering counsel to those who come to him.  His knowledge and memorization of the Bible is extraordinary—like a walking concordance!”

When reflecting on John’s character, there is a common refrain: “above reproach.” John does not only preach on Sunday mornings; he preaches through everything he does. Robert W. Booker, a brother in Christ, says that John “lives God’s Word in his own life.” John is known in the community as an honest businessman and genuine servant.

As Paul Eastvold put it, “He is the real deal.”

John Standard’s career in Springfield has been as varied as it has been impactful. John has preached on Sunday and laid concrete on Monday. He has coached youth sports teams and taught college course for the Moody Bible Institute extension school. However, the quality that stands out among these tasks is not their variety; it is the dedication and heart with which John does them. Repeatedly, John has impacted those in Springfield and beyond with his knowledge of God’s Word and his faithfulness to Christ.

His impact was no more apparent than when he was missing. December 2019, John suffered from a heart attack. After being revived and undergoing quadruple bypass surgery, he made steady progress and recovery. During recovery, his son Johnnie (ThM, 2012), filled in his father’s role. John’s mentorship and example through his son was vibrantly clear. Only two months after the attack, John returned to his pulpit, excited to be back with his church family.

John’s immediate family also reflects his deep devotion. “He and his wife have an outstanding family. Of their 4 children—two have graduated from Dallas Theological Seminary; one is a pastor, the other is a pastor’s wife who also teaches biblical classes in their church; the others—one is a medical doctor and the youngest will graduate from medical school this spring.” His four children are examples of John’s dedication to the gospel.

Sometimes the gospel calls us to faraway lands. Missionaries serve abroad and reach into the deepest corners of the world. However, John reminds us of an important truth. Sometimes, our mission field is home. For John, home was Springfield, Illinois.